Singer-songwriter and multi-instrumentalist from the UK offering a gritty eclectic fusion of Americana music in a wonderfully retro style. 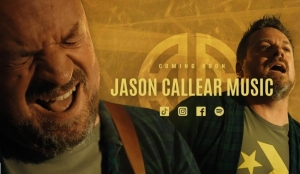 Jason is from Staffordshire at the very industrial heart of the United Kingdom and from the age of 6 has been creating his unique sound from a myriad of influences across the musical spectrum which hark back to the 1960’s and 70’s – Crosby Stills Nash and Young, Simon & Garfunkel, The Beatles, Steely Dan, Eagles, Queen, Cream, Grand Funk Railroad, Free, Humble Pie and Mike Oldfield, Glen Campbell to name a few. During the 90’s Jason was enthused by Unplugged sessions from his favourite Seattle artists, a stripped back writing style he personally adopted.

Originally a guitarist with four classical grades in the bag, for 20 years Jason played drums for many acts and toured with Michael Bruce from The Alice Cooper Group twice in the UK in 2001/2 plus a special performance at The Whiskey a Go-Go on LA’s Sunset Strip.

A solo recording artist for 10 years, working with Inspire Music, Jason meticulously assembles many of the instruments and vocal parts augmented with the very best talent from his County on all his recordings ensuring that the presentation is perfected.

A little something fresh with a vintage edge from driving tunes to chilled ballads amidst dynamic proportion.

Jason is a storyteller and has a great story to tell. Buckle up!

This site uses Akismet to reduce spam. Learn how your comment data is processed.

Latest on the Blog: Jem Girl at the Piano

David Barnes (known also as Preston D Barnes) is a professional vocalist and musician who continues to make waves across the UK following a 22 year career in the British Army. During his Military career, David has travelled extensively across the globe to over 38 countries.

I recently had the chance to catch up with Scottish country music artist Chris Andreucci. He is set to release his new single Strangers in a Bar soon, so we had a catch up about his musical journey so far, his new single and more! Read on to learn more about the talented artist!